So I finally released the next version of Terminal after nearly 3 months since 0.2.2. And since everybody likes cute new features - as long as they don't blow up things too much - this new version finally includes support for helper applications (yes, that means clicking on URLs/email addresses is possible now): 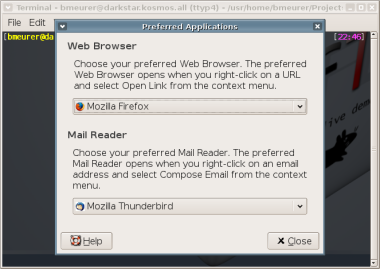 This was about the most often requested feature. Several other changes have been made to improve Terminal. See the Release Notes for a complete list of user visible changes.