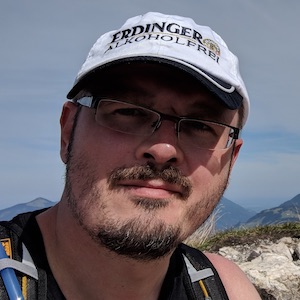 I am Benedikt Meurer, a software engineer living in Ottobrunn, a municipality southeast of Munich, Bavaria, Germany. I received my diploma in applied computer science with electrical engineering from the Universität Siegen in 2007, and afterwards I have been working as a research associate at the Lehrstuhl für Compilerbau und Softwareanalyse (and the Lehrstuhl für Mikrosystementwurf in 2007/2008) for five years. In 2013 I joined Google to work on the V8 JavaScript Engine in the Munich office, where I am currently working as tech lead for the JavaScript execution optimization team.

Besides that, I have been working as a software developer for os-cillation GmbH from 2003 to 2013, where the major part of my work was spent on KVM-over-IP solutions with Embedded Linux, and some iOS related development, but I also worked on the the Xfld Linux Live CD, the Xfce installers, Terminal and other random projects.

I spent a rather large amount of my spare time on developing and contributing to open source projects. During my studies from 2002 to 2007, I developed and maintained various core parts of the Xfce desktop environment, including the new file manager Thunar, which I wrote from scratch to replace the unpopular Xffm file manager, the Session Manager, the Xfce Libraries, the Terminal, innumerable plugins and goodies, and several other core components.

In recent years my interest shifted away from free desktop application development toward Cocoa and CocoaTouch application development for Mac OS X and iOS. In June 2011 I founded the CocoaHeads Siegen chapter, an informal group of Cocoa developers, that get together for short talks and presentations, and to talk about Mac and iOS programming.

I'm also interested in functional programming languages and compiler design, influenced by my studies and my university work. During my life at the university, I developed and maintained various OCaml related projects, including a Just-In-Time compilation engine for OCaml byte code and an interactive toplevel based on the optimizing native code compiler. In 2011 I created a brand new ARM port for the OCaml native code compiler, and since January 2012 I am now the official maintainer of the ARM port.

If you want to get in touch with me, feel free to shoot me an email.

The following directories and their contents are copyright © Benedikt Meurer. You may not reuse anything therein without my permission:

The remaining files are MIT licensed unless stated otherwise. Feel free to reuse the HTML and CSS (based on files taken from the Lanyon theme) as you please. If you do use them, a link back to this website would be appreciated, but is not required.

The opinions expressed herein are my own personal opinions and do not represent my employer's view in any way.

This website is not responsible for externally hosted material, including linked articles, photos or any other media.