Yesterday I was pointed to webpack#5600, which outlines how webpack v3 generates code for calls to imported functions, i.e. code like this

is turned into the following bundled code:

The reason behind this is that webpack has to preserve the semantics of passing the correct implicit receiver this to the function foo. If you'd generate code like this instead

then the implicit receiver this would be bound to __WEBPACK_IMPORTED_MODULE_1__module__ inside foo instead, which doesn't match the semantics of the ESM above. There are obviously several different ways to accomplish this, and Tobias Koppers goes into quite some detail about what he tried so far and why he ended up using the Object constructor for now.

Unfortunately it turns out that the Object constructor still incurs some unnecessary cost in this case, because up until now TurboFan didn't really know about it. I verified with this simple micro-benchmark

in both V8 5.8 (last version with Crankshaft) and V8 6.1 (current beta with TurboFan), and the results match the observations made by the webpack folks:

The reason for this is that TurboFan (and Crankshaft) inline the identity function in case of callViaIdentity, thereby completely eliminating any additional overhead, 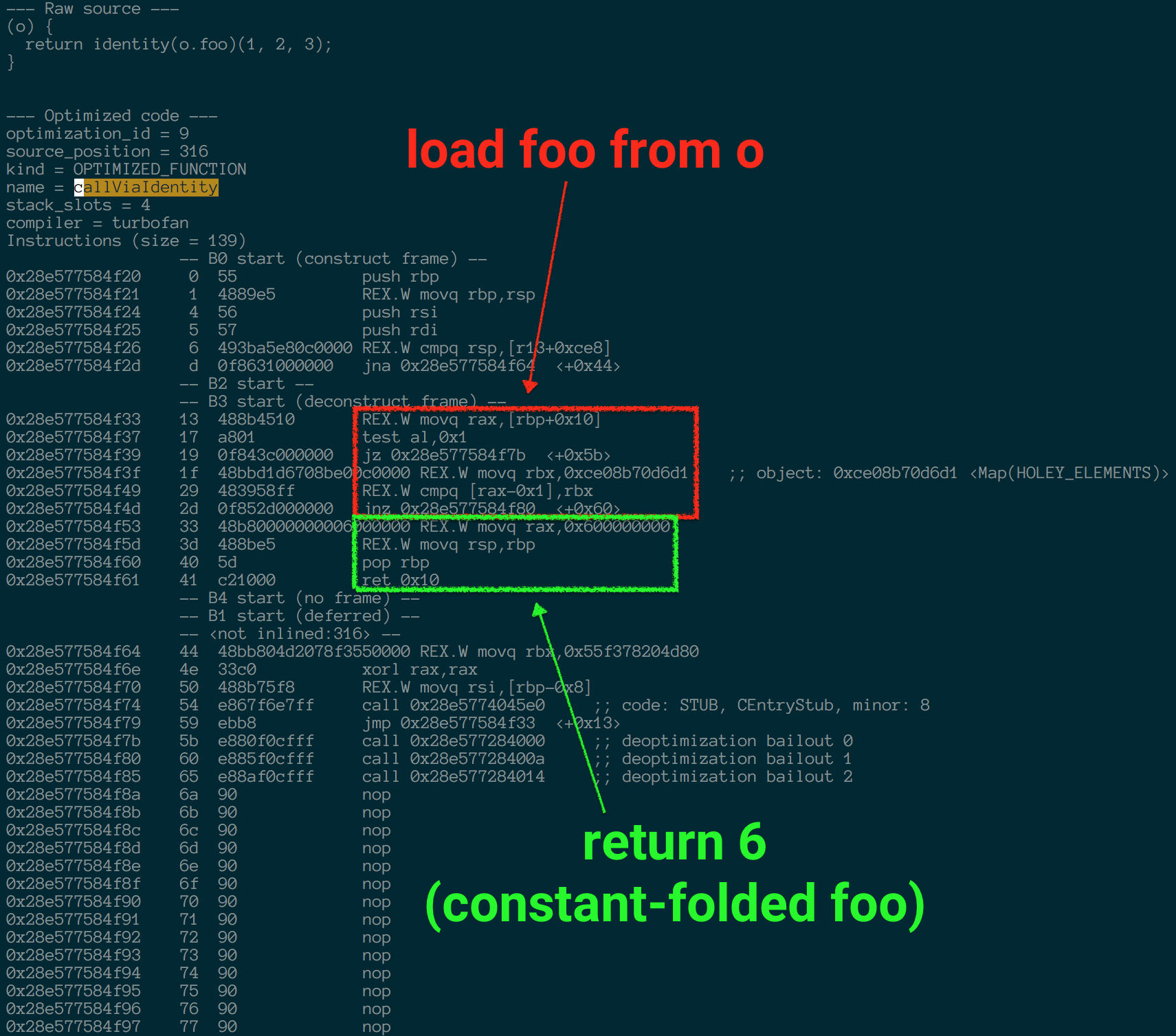 but the call to the Object constructor is not inlined into callViaObject: 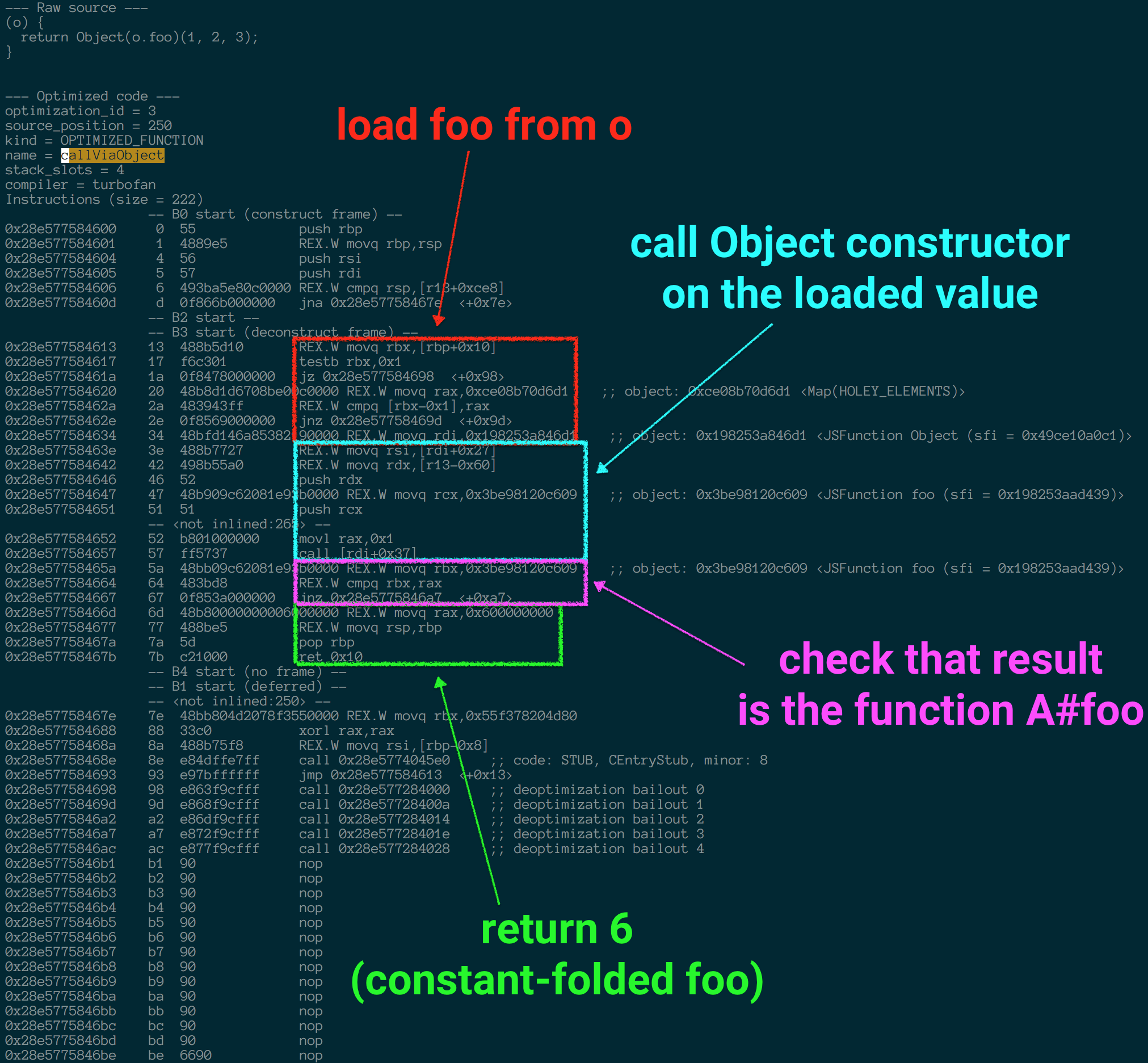 In this particular case, calling the Object constructor on the closure o.foo is a no-op, just like calling the identity function, as we hit the ToObject(value) case,

when it's able to prove that the value is definitely a JavaScript object (i.e. definitely not a primitive value). This is sufficient in the webpack case since the values passed to the Object constructor are closures loaded from module objects, which are constant-tracked by V8 anyways, so TurboFan is able to derive that module.foo is a certain constant closure. So adding some Object constructor magic to TurboFan addresses the performance issue

as can be seen by the optimized of callViaObject, which looks more or less identical to the optimized machine code generated for callViaIdentity (see above) now 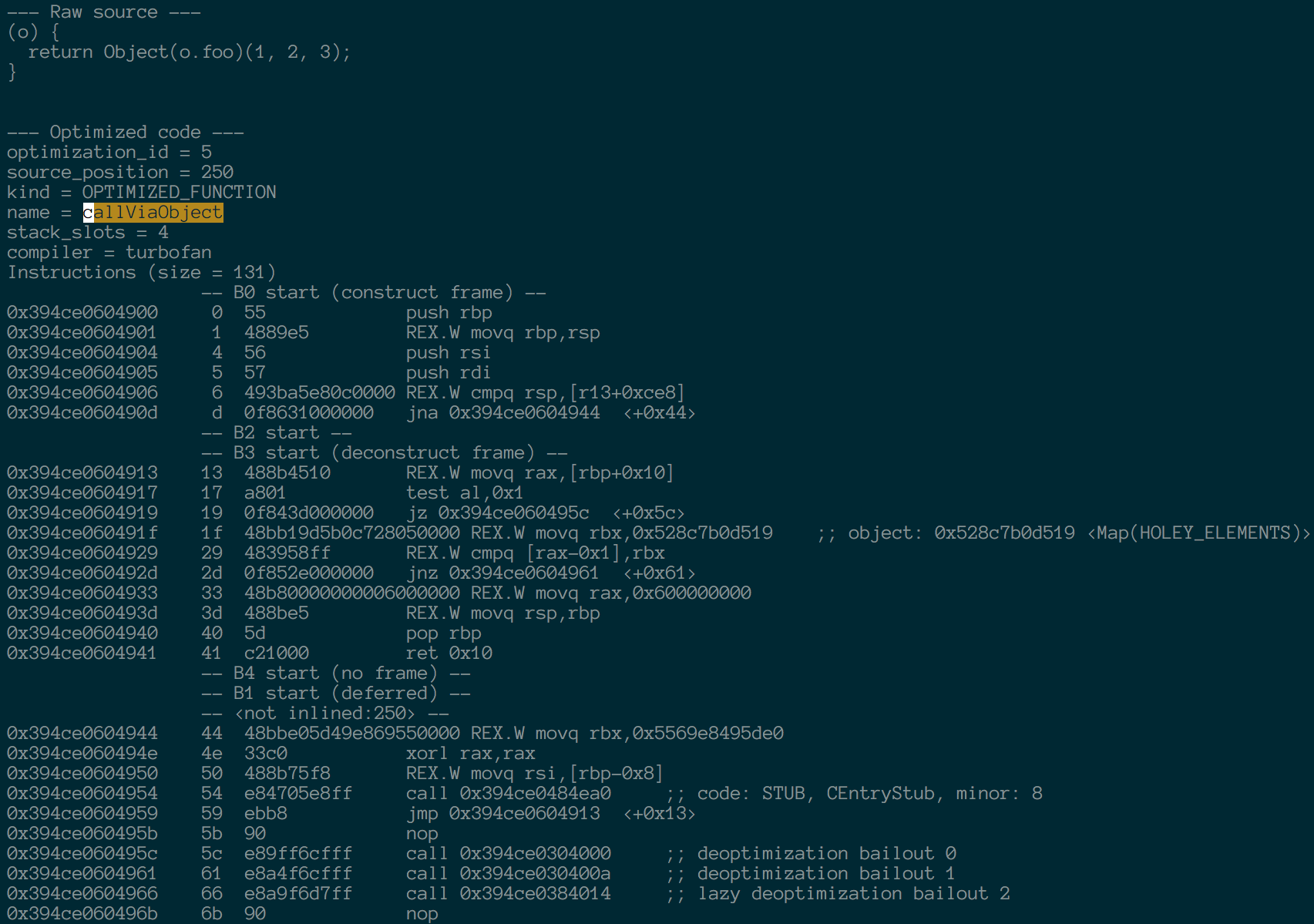 and bundles generated by webpack v3 should no longer incur any unnecessary overhead due to the use of the Object constructor to pass the proper implicit receiver to imported functions.